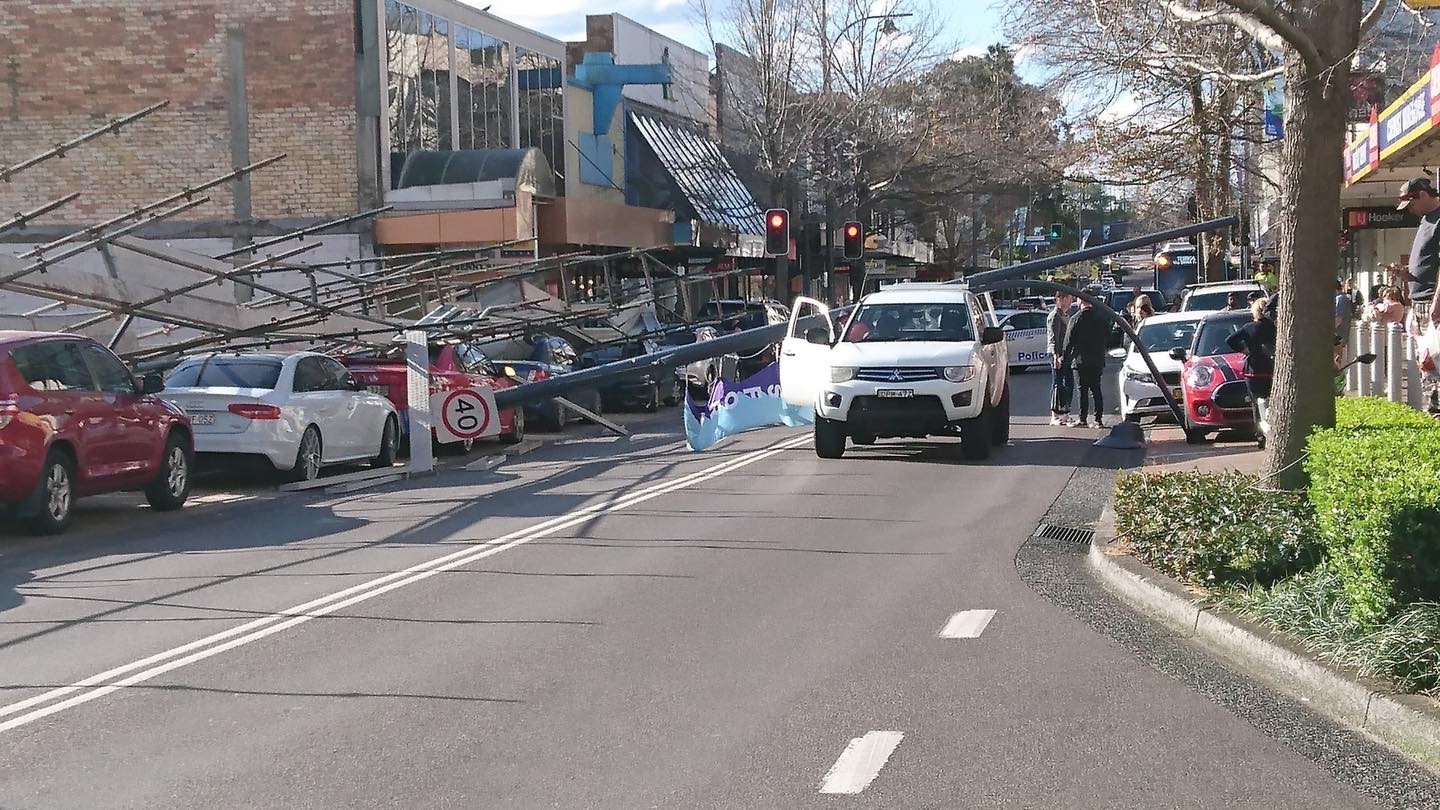 Multiple cars have been crushed and one woman hospitalised after a scaffolding collapse on the NSW Central Coast.

A row of cars have been crushed and one woman hospitalised with head injuries after a scaffolding collapse in Gosford on the New South Wales Central Coast on Wednesday, 19th August 2020.

A Fire & Rescue NSW spokesman says they sent two crews to the scene after being called at 3.21pm on Wednesday to “scaffolding down on eight cars”.

A NSW Ambulance spokesman said a woman, believed to be in her 40s, has been taken to Gosford Hospital with a head injury. The patient is 45 and has serious injuries.

“It appears there was one occupant in a car,” the FRNSW spokesman said. He said a light pole had also come down and an energy company had been brought in to manage it. The pole can be seen in photographs from the scene resting on the back of a white ute in the middle of the road.

A SafeWork NSW spokesman has said in a statement: “SafeWork NSW is onsite and investigating the collapse of scaffolding hoarding at a building site on Mann Street, Gosford this afternoon.”

The Bureau of Meteorology forecast “very windy conditions” across NSW today however it is currently unclear whether wind contributed to the incident.

SafeWork NSW issued a safety alert yesterday, due to the wind warning, reminding managers, supervisors and workers “of the risks associated with high or strong gusting winds in the building and construction industry”.
“You must proactively manage the risks caused by high winds on construction sites, as they can cause death and destruction,” it states.

The alert urges site managers to ensure temporary structures such as scaffolds “are adequately designed for wind loading and check they are securely tied to the building or structure”.